Something new about Interim Management

On our news page we publish articles on current topics about interim management, project management and consulting news, interesting events and impressions.

The Brainforce team wishes you pleasent reading of this articles. 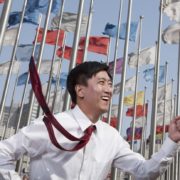 Nowadays in China labor market, many companies are confronted with the challenge of how to successfully develop and retain employees in China.

With this question as the theme, on September 7th 2017, the Business Club Shanghai gathered around 30 high-level management executives from multinationals and SME’s of various industries together in Shanghai Hilton Hotel with our first female keynote speaker Mrs. Tansy TONG delivering the facts and solutions applied within SCHINDLER China.
The topic attracted heated discussions and exchanges and the event came to a successful end with the birthday celebration for our keynote speaker. 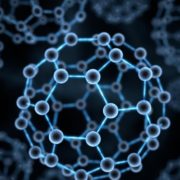 With our proven BRAINFORCE Management Excellerator methodology, we support our valued clients in solving their biggest challenges.
The core of the methodology is a unique communication architecture that allows achieving best results in the shortest possible time.
Results, which are outstanding not only in terms of quality of content, but also in terms of feasibility, as all the key decision-makers or stake holders of the client’s organization worked out the actions and are fully committed to them.
The methodology is suitable to resolve all kinds of business challenges. Typical issues include

The BRAINFORCE Management Excellerator involves up to forty of the most important decision-making and know-how carriers of a company or organization. The knowledge, the experience and the skills of the people involved are bundled and linked in such a way in order to create completely new solutions.
Within a few days, the challenges addressed are conceptually resolved, along with concrete actions to be implemented immediately. Thanks to the commitment of all stakeholders, the developed plans lead to measurable results within weeks.

BRAINFORCE, a leading international provider of interim management services and E.X.P.E.R.T.3 Solutions®, have presented the Gold Award to the Top-ranked Russian listed Company CEOs for the third time.

At the same time the winners among medium-sized companies have changed significantly in comparison to 2015. No more than 10% of companies could keep the high rating. The considerable amount of CEOs from the last year ranking could not be included to the current due to the fact that CEOs had been changed in about of 25% of companies in 2015 and in 2016.

The ranking methodology is based on transparent key performance indicators and calculations with global benchmark, and exclude subjective evaluations.
For the Rankings, three indexed company performance indicators were calculated on 2015 financial figures: Sales Growth, Profitability Growth and Investment/Total Shareholder Return Growth. By indexing the parameters, disturbances from external factors are eliminated. Furthermore, the performance of the Russian companies was compared with 30-70 companies from the same industry or similar business cycles worldwide. Only CEOs with company performance superior than at least 50% of their global peers were considered.

The Gold Winners 2016 by category are the following CEOs: 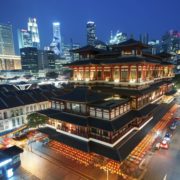 BRAINFORCE, the leading international provider of interim management services, have presented the Gold Award to the Top-ranked Chinese listed Company CEOs for the third time. Following the recently Sino-Swiss Cooperation Agreement on Innovation signed by President Xi Jinping and Swiss President Schneider-Ammann, the Ceremony was held at the Embassy of Switzerland in Beijing in the presence of the CEOs of leading Swiss companies in China.

For the Rankings, three indexed company performance indicators were calculated on 2015 financial figures: Sales Growth, Profitability Growth and Investment/Total Shareholder Return Growth. By indexing the parameters, disturbances from external factors are eliminated. Furthermore, the performance of the Chinese enterprises was compared with 30-70 companies from the same industry or similar business cycles worldwide. Only CEOs with company performance superior than at least 50% of their global peers were considered.

The Gold Winners 2016 by category are the following CEOs: 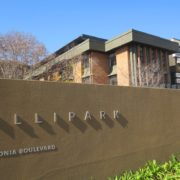 The Senior Emerging Markets expert Gunther Voet has taken over the responsibility as the Country Manager of BRAINFORCE South Africa located in Johannesburg. He now succeeds Lynda Gibson who has been serving as Country manager to date, and who will now focus on coaching assignments.

Gunther Voet has a broad working experience particularly in Africa, South America and Asia. As a project manager, consultant and director he had served over 30 years for various organizations such as the Konrad-Adenauer Foundation and other public development and private management consulting companies. As an entrepreneur in South Africa, he established an industrial European-South African Business Park. Subsequently, he had joined BRAINFORCE in a business development role in 2014.

„We are proud to have with Gunther Voet a top senior Africa expert on board. Interim Management solutions in South Africa and the sub-Saharan Region are essential for the transformation of both local subsidiaries of international enterprises and local African companies with international activities.”, says Martin Schneider, CEO of the BRAINFORCE Group. According him Gunther Voet shall further expand the strong position of BRAINFORCE in this growing market.

Gunther Voet build up his experience in project management and crisis management in countries like Ghana, Nigeria, Ethiopia, Liberia and South Africa. He also worked for 14 years in Chile, Peru, Afghanistan and Mongolia. 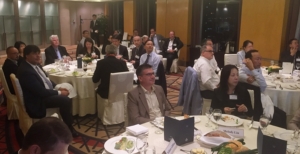 “There are substantial differences in leadership style between a German and a Chinese Owned company in China”, explained Mr. WANG Jiangbing, President of KUKA Systems China at his speech at the Business Club Shanghai.

KUKA is a world leading German manufacturer of automation systems and robotics. The majority of this traditional German family owned company has been taken over by the Chinese Midea Group recently. Mr. WANG has managed three German-Chinese JVs in the past 18 years. He presented his observations and experiences regarding leadership in both cultures.

Mr. Wang was invited by Brainforce to the Business Club Shanghai. This high-profile decision-maker platform in Shanghai is organized by Brainforce, Oehen PR and Froriep and brings together regularly top level managers from the Shanghai area for an experience exchange.