Christmas 2020 – festival of reflection and hope

One year ago, who would have foreseen in a nightmare that 2020 would go down so ingloriously in world history. Allow me to share with you a few personal thoughts and reflections on the festival of reflection and hope.

Perhaps the upcoming Christmas is the right time to look at the current situation in a historical context and to look ahead.

The «Spanish flu» caused by birds, according to current knowledge it was also an aggressive corona virus of the subtype A/H1N1, ended 100 years ago after two years. Around 500 million people (25 percent of the world’s population!) were infected and over 50 million people died. In 1968, the two-year “Hong Kong flu” broke out with the A/H3N2 virus, with over 1 million deaths, including over 30,000 in Germany alone. In 1977 the two-year “Russian flu” broke out. Around 700,000 people died globally from this descendant of the A/H1N1 virus from northern China. In similar pandemics SARS, MERS, bird or swine flu in the past 20 years, highly pathogenic derivatives of the H1N1 virus were involved again, fortunately with a lower spread.

At the end of 2019, the Covid-19 virus spread from wild animals to humans in China. We can expect ultimately an estimated global toll of around 150 million infected people and up to 2.5 million deaths. However, the world population today is several times larger than during the pandemics of the 20th century. Therefore, from a statistical point of view, Covid-19 is likely to go down in history as an average-sized pandemic. Due to the global density of information and the higher level of prosperity, this current pandemic is perceived as more dangerous.

Thanks to vaccines developed in record time, this pandemic should last a few months less than previous pandemics.

The current “War against Covid-19” should realistically come to an end in a few months’ time. How will our world develop afterwards, taking into account the short half-life of human memory?

Here are my ten hypotheses for 2021 and the coming years: 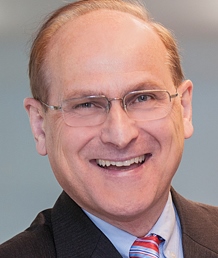 On behalf of my global BRAINFORCE team, I wish you all a blessed, light-filled Christmas and New Year celebrations, despite the extraordinary frame conditions, and a hopeful start into a happier and successful 2021.

I would like to thank you for the trust you have placed in us. I enjoyed the exciting discussions with many of our business partners.

Change of General Manager of BRAINFORCE in China

Martin Schneider takes over executive search firm Kohlberg & Partner
Scroll to top
We use cookies on our website to give you the most relevant experience by remembering your preferences and repeat visits. By clicking “Accept”, you consent to the use of ALL the cookies.
privacy policy OK
Manage consent

This website uses cookies to improve your experience while you navigate through the website. Out of these, the cookies that are categorized as necessary are stored on your browser as they are essential for the working of basic functionalities of the website. We also use third-party cookies that help us analyze and understand how you use this website. These cookies will be stored in your browser only with your consent. You also have the option to opt-out of these cookies. But opting out of some of these cookies may affect your browsing experience.
SAVE & ACCEPT